George Floyd’s brutal killing by law enforcement officers who ignored his repeated pleas ‘I can’t breathe’ has captured the public imagination around the world and brought to the fore the stifling of black lives, through structural inequalities and institutional racism. There has been an extraordinary level of empathy and outrage bringing out our young people out of lockdown, black and white marching together, supporting the Black Lives Matter Movement throughout this country and throughout the world.

Events observed in the media have highlighted who is most vulnerable, who is dying from coronavirus, and the fact that black and Asian people find themselves disproportionately the front-line workers and over-represented in death statistics. These black and Asian doctors, nurses, ancillary staff, shop workers, cleaners, and transport workers often  suffer from economic disadvantage, underlying health conditions/ health inequalities as well as racism.

In Bristol, the younger generation who marched on 7th June in support of BLM  identified the statue of Colston as a symbol of stifling oppression. It’s continued presence in our city centre as  an insult to the memory of African ancestors and their descendants. It ill affords them dignity nor is a unifier for a city divided by class and racial inequalities.

After decades following ‘the proper channels’ including approaches to the Society of Merchant Venturers, who have repeated ignored requests from Countering Colston for meetings to talk about Colston memorialisation, the Colston statue was toppled during a Black Lives Matter march, rolled down the streets and dumped in the harbour by the younger generation of Bristolians.

We believe the people who removed the statue of Colston were enacting ‘the will of the people’. We fully support those brave individuals and thank them for taking action where campaigning via the ‘proper channels’ had been blocked. We also believe a prosecution would be a waste of public money. If a court case was brought, we would hope that the backstory of the Colston statue would be explored, including how Colston’s legacy is being maintained across Bristol.

The toppling of Colston is beginning to expose to all, at home and abroad, the whole Colston myth, the veneer behind the Colston facade, the Society of Merchant Venturers propping him up, supported by Bristol Cathedral and St Mary’s Redcliffe churches (who are now seeking to distance themselves), elected politicians of all colours and the University of Bristol.

Edward Colston and his colleagues at The Society of Merchants Venturers were architects of UK’s slave trade, but the Merchants are not just a historical relic. They are an elite network who continue to run or be financially involved in a huge number of Bristol’s public services, schools and public spaces.

If one scratches below the surface of this Society of Merchant Venturers charitable works, what emerges is a colonial history of mercantile exploitation of one’s fellow beings for personal gain, self interest, self preservation and patronage. With our current, supposedly democratic and public serving institutions asserting that through this patronage, opportunities are inevitably extended, this is only a few. This fails to understand and thus tackle the systemic structures of inequality that have persisted in Bristol over the centuries and up to the present day. This institutional deference serves to maintain the inequalities it proclaims to tackle.

The 2017 Runnymede Trust report highlights the prevalence of inequalities in Bristol. Indeed, it is the worst city in the UK to grow up in disadvantaged and African heritage in terms of schooling outcomes and employment opportunities.

We believe The Merchant Venturers should be disbanded as it is inappropriate for an unelected, undemocratic body to be so heavily involved in Bristol’s public serving institutions. We do not believe that they have the expertise to serve our schools, children or young people well. The Society must be removed from local democratic decision making. The Merchants are highly unrepresentative, they bring a toxic, historic culture of racism and classism into our institutions. Now is the time to make real change happen in Bristol, now is the time to disband Colston’s elite business Guild.

After nearly 100 years of campaigning in Bristol, Edward Colston’s statue was finally removed by the city’s younger generation during the Black Lives Matter uprising on Sunday 7th June 2020.

Countering Colston – a network of activists, artists and academics – has campaigned against the celebration of Colston since 2015 by leading research, petitions, protests and online activism. We’ve helped stimulate public debate and had some tangible successes; Colston’s Primary and St Mary Redcliffe Schools, Colston’s Hall and Colston Yard have removed their namesakes, changes were made to the ‘Commemoration’ Day ceremonies and a church has refused to host an annual celebration of Colston. Decades of calls to remove the statue have been willfully and continually ignored by Bristol City Council so we’re pleased our city’s younger generation took matters into their own hands and sent a powerful message to their elders and leaders about the relevance of the statue in our city.

The question we ask is why was Colston’s statue still in Bristol’s city centre? We would point to vested interests and the ongoing influence of Colston’s associates; The Merchant Venturers. The Society of Merchant Venturers is an elite business Guild and historic enslaving corporation that proudly holds Colston as it’s most ‘honourable’ member and still plays an active role in major institutions, charities and schools across Bristol. The Merchants have actively protected the Colston statue since it was erected in 1895 and Bristol City Council has followed their lead.

In the last 18 month, as a result of pressure from campaigners, the council attempted to add a second plaque to the statue to better ‘contextualise’ Colston. A historian consultant was hired to write a plaque but the wording could not be agreed as the Merchants intervened and attempted to remove key historical facts from the text. This is an example of the inaction that has surrounded Colston’s statue for many years.

Countering Colston campaigner Mark Steed said: “The reason protestors had to take action into their own hands is the city’s politicians seem to be afraid of their own shadows. I’ve contacted all of Bristol’s MPs about a meaningful memorial or ‘slavery’ museum and I barely got a response. The silence from the majority has been deafening.”

Given this historical and cultural context, we believe it’s no coincidence that Bristol has some of the worst institutional racism in the UK. Statistical analysis and research by Runnymeade Trust confirms that people with Global South Heritage are very poorly served by Bristol’s education system and economy, resulting in some of the worst employment inequalities and educational outcomes in the UK. Gentrification is also sweeping the city with white Londoners move enmasse to Bristol, often buying houses in areas like St Pauls and Easton, which is pushing people with Global South Heritage out of their communities by making housing unaffordable.

The toppling of Colston has extra meaning within the context of the Black Lives Matter uprisings as the racism that’s prevalent in the US today has its origins in the UK.

Countering Colston campaigner Ros Martin said: “Black Lives Matter demonstrators are claiming their own power as a collective and wish to shape their own futures. This is a critical time as we reflect in lockdown what the brutal killing of George Floyd means for black lives, our collective humanity and justice. I have known about many premature deaths and injustices against black people in Bristol and it’s been unclear what agencies have learnt from these tragedies. Justice has not been served. I feel each should be a reckoning.”

Countering Colston campaigner Cleo Lake said: “Liberation must come at speed. Demonstrators removing Colston’s statue reminded me of the suffragettes – we can not wait for social reform and action to be granted or sign off by administrations, it must be taken by the collective will of the people.  I would urge other cities in the UK and abroad to remove their statues that symbolize global white supremacy and oppression, if indeed they truly do believe like they say they do, that BLACK LIVES MATTER.”

Finally, we would like to dedicate our continued anti-Colston activism to our West African ancestors who were abused and murdered by Colston’s regime and to those in our wider network who have been violently attacked, injured or killed because of institutional racism in Bristol:

Who was Edward Colston?

Colston was a Bristolian who was a major investor, manager and deputy governor of the Royal African Company (RAC) between (1680-1692). In those years he was responsible for the kidnapping and transporting 84,500 enslaved Africans, with 23% dying before reaching shore (19,300). This included women and children as young as six – each enslaved person was branded with the company’s initials on their chest. To maximise profit, the ship’s hulls were divided into holds with little headroom, so they could transport as many enslaved people as possible. The unhygienic conditions, dehydration, dysentery and scurvy killed nearly 20,000 enslaved Africans during the crossings. Their bodies were thrown overboard. 12,209 of the captives were children of 10 years or below. 1 in 4 children died en route. 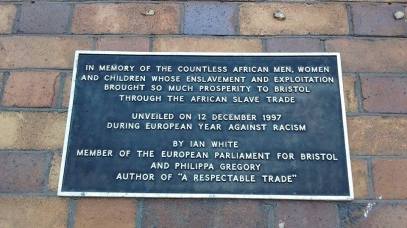 Next to M-shed museum 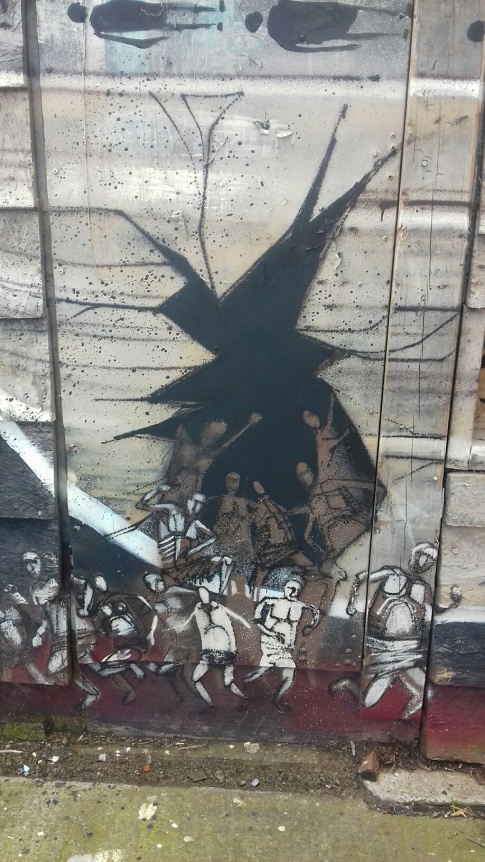 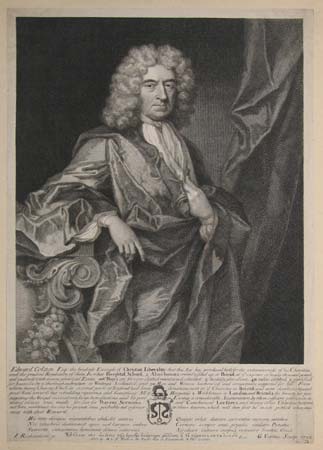 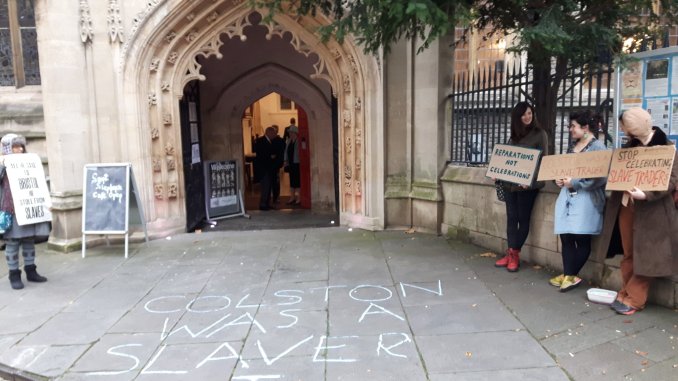