Edward Colston was born in Bristol in 1636, to a wealthy merchant family who were involved with Bristol’s Society of Merchant Venturers. As a young boy he moved to London, where he may have been educated at Christ’s Hospital. As an adult he followed his family into business, initially trading goods like cloth, oil, wine and fruit in Spain, Portugal, Italy and North Africa.

In his mid-40s, Colston became prominently involved in Britain’s sole official slaving company at the time, the Royal African Company (RAC). Colston served the company for a dozen years (1680-1692) as a major investor, manager and deputy governor. During this time, 84,500 enslaved Africans were transported on RAC ships, with 23% dying before reaching shore (19,300). This included women and children as young as six – each enslaved person was branded with the company’s initials on their chest. To maximise profit, the ships hulls were divided into holds with little headroom, so they could transport as many enslaved people as possible. The unhygienic conditions, dehydration, dysentery and scurvy killed nearly 20,000 enslaved Africans during the crossings. Their bodies were thrown overboard. 12,209 of the captives were children of 10 years or below. 1 in 4 children died en route. Archival research by Reverend Wilkins in the 1920s showed that Colston served actively on all of the major managing committees of the RAC. He left the company just before its gradual financial decline.

Contrary to popular belief, this was not the end of Colston’s involvement in slavery. As an MP in his 70s, Colston petitioned Parliament for the expansion of the ‘slave-trade’, and in Colston’s final years he became a commissioner and major investor in the slave-trading South Seas Company (SSC). It is estimated that he was involved in the SSC from roughly 1714-1720. During this time the SSC transported 15,931 Africans, with nearly 1 in 5 dying en route (around 2,980.)

What about his philanthropy? Colston gave an exceptionally large amount of money to charity both locally and nationally. Having already given extensively during his life, at his death he bequeathed around £71,000 to charity – an immense sum at the time, and nearly as much as the £100,000 that he left to his family. Colston was a devout high Anglican Tory and Royalist, and was particularly concerned by the rise of religious dissent, such as the Quakers. He directed a major part of his wealth towards promoting a specific style of religious education and opposing dissident religions, including giving extensively to Bristol churches, founded almshouses, donated money to Queen Elizabeth’s Hospital School, and founding a religious school for 100 boys. After his death, a number of ‘Colston Societies’ sprung up, to continue charitable giving in what they saw as Colston’s tradition.

We do not deny that Colston gave an exceptional amount to charity. However, historically Colston’s charity has been celebrated uncritically.  This does not fit with the ideal of remembering history ‘in the round’. Presenting Colston as a philanthropist is deeply disrespectful to the tens of thousands of people whose enslavement he helped to fund and organise.

Wilkins, H.J., Edward Colston (1636-1721 A.D.) : a chronological account of his life and work, together with an account of the Colston societies and memorials in Bristol (Bristol: Arrowsmith, 1920) With a supplement published in 1925.

Statistics regarding the RAC’s slave trading voyages can be found here.

Next to M-shed museum 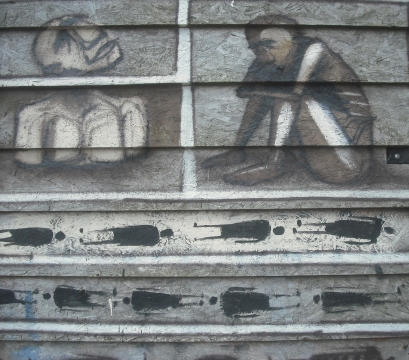 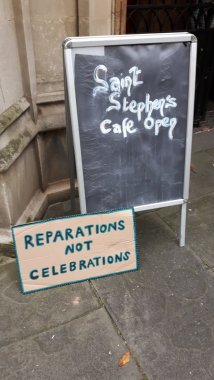 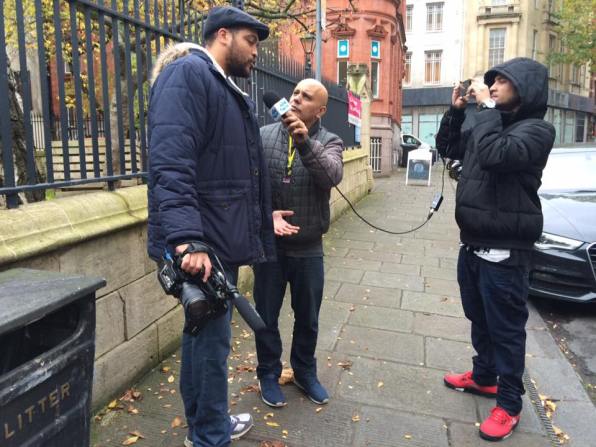 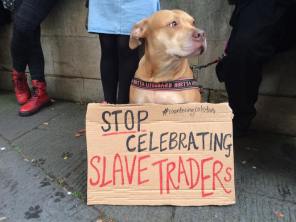 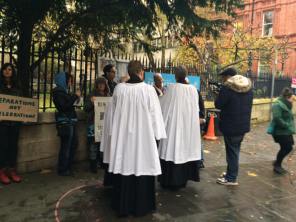 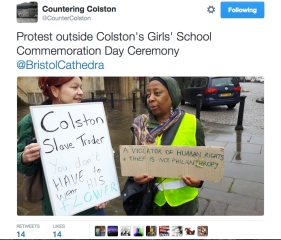